You are here: Home › Neighborhood 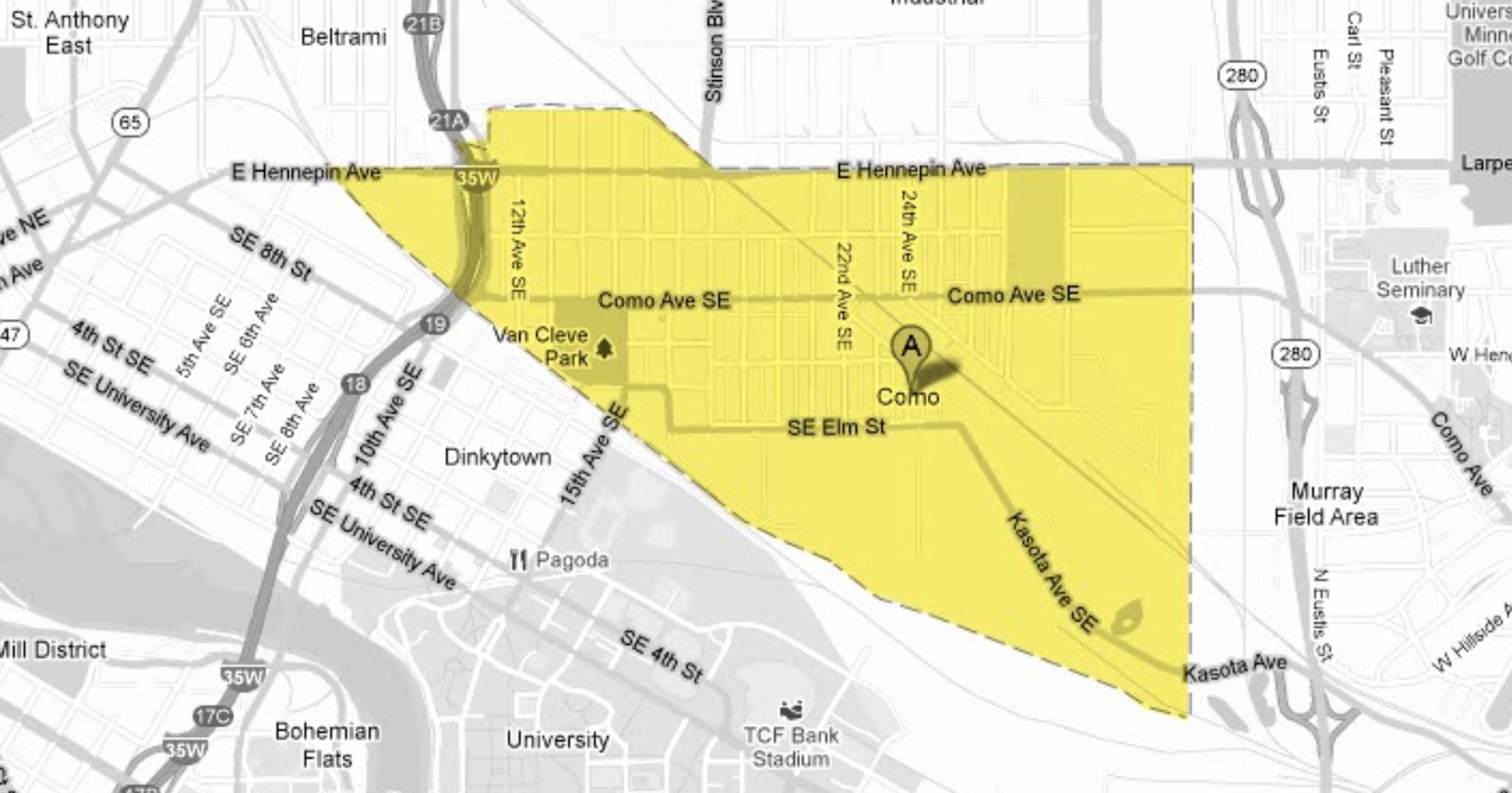 The Como Neighborhood (also called Southeast Como) is in southeast Minneapolis about one mile north of the Dinkytown commercial area and the east bank campus of the University of the Minnesota.

Como is transected by its namesake Como Avenue and by East Hennepin Avenue.

The high-traffic business roads, industry, abandoned industrial sites, and active railroads that surround Como contrast sharply with the residential character of the neighborhood.

The housing stock consists of modest early 20th-century bungalows and Victorian and twenties-era homes mixed with a scattering of newer duplexes and single family homes. Some areas (e.g. along Como, 15th and Hennepin Avenues) have post-60’s two-story walk-up apartment buildings.

Commercial activity is focused on Como and East Hennepin Avenues. The neighborhood is served by two convenience grocery stores (including one with a laundromat and deli) and a number of small service businesses, including a hardware store, a barber, a dentist, two coffee houses, three bar/restaurants, a diner, a car parts store, several auto repair garages, and several gas stations.

Como is home to three churches and a mosque.

According to 2010 census figures, 6,489 people make their homes in the Como neighborhood, in a total of 2,466 housing units. Of these, 28% were owner-occupied homes and 72% were rental units. In 2009, City of Minneapolis Assessor data showed that Como had 1304 residential parcels and that 49% of these parcels were homesteaded. 2010 data shows that there are currently 642 rental licenses active in the Como neighborhood, equating to 49% of the 2009 parcels.